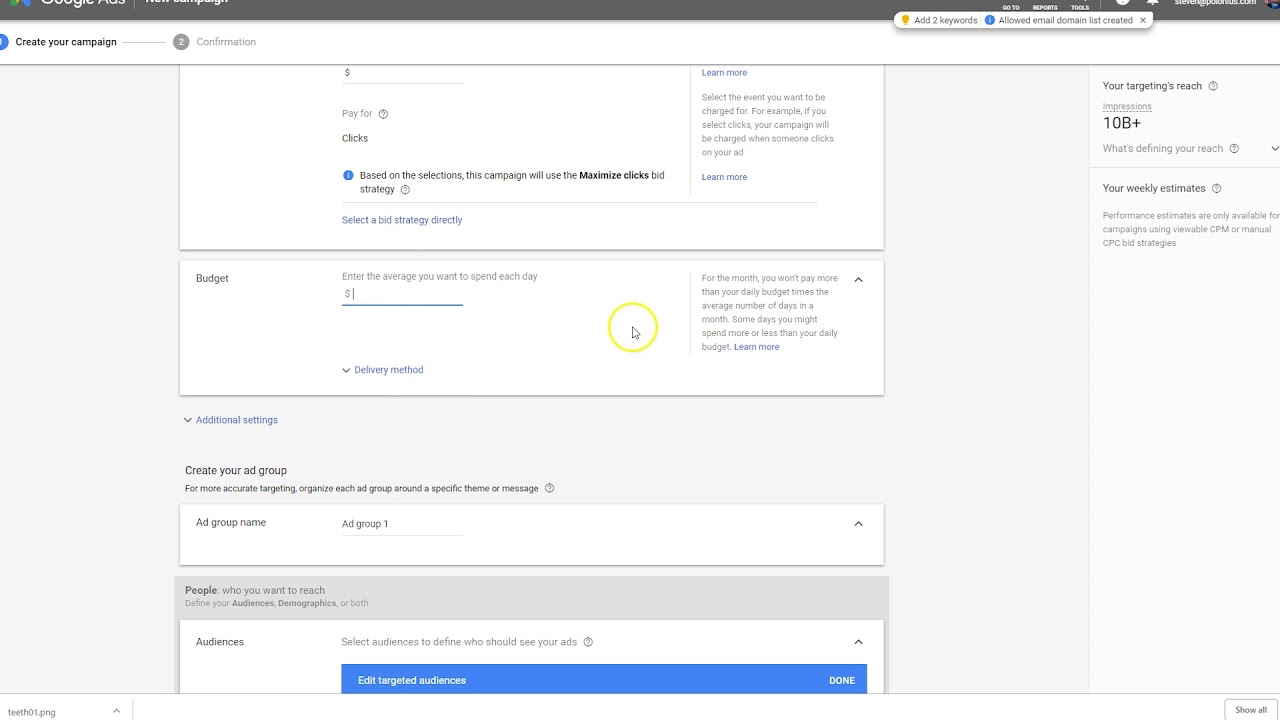 In this module, our expert will be covering setting up and running the campaign.

So get ready to take some notes and let’s jump right in. All right, so here we are on the actual campaign settings page, we’re going to go through the process of setting up and running and launching our banner ad campaign here.

Now the first thing you might notice is this number right here.

Our target is reached as far as impressions is 10 billion.

Because we haven’t said any categories to narrow down our audience yet.

So right here in the location, language and down here in the audience section will start narrowing that number down.

Maybe not as much as you think, though, because its teeth whitening.

It’s not really super specific to any demographic.

It’s not really super specific to any niche or any hobby or any area of interest.

Everybody, for the most part, has teeth, so we might end up leaving this pretty broad.

Now let’s say we’re gonna operate inside the United States only so we won’t mess with the location at all.

Although if you really wanted to, you could add cities, ZIP codes states in here, you can even go to advanced search and you could narrow in on one little neighborhood.

Let’s say you’re a door to door teeth whitening kit salesman, and you wanted to, uh, you know, do some local area stuff, generate leads in the local area.

You could drop a pin right there inside of Lexington, you know, and or let’s say you know, this whole area here and adjust the radius little bit and target anybody within 10 nautical miles of let’s say, Shelbyville and Wadi in Kentucky there so you can get pretty advanced with the locations.

Um, we’re not gonna do that, though.

Okay, It’s teeth whitening kits were mailing them out to people okay, in our little, uh, pretend scenario, and we’ll just leave it to the United States at large.

We’ll just stick with English because the ad is written in English.

Um, and language doesn’t really have any more of an impact on our product or our ad.

We want to focus on high quality traffic right here, or we could focus on clicks and impressions.

Now, honestly, if we’re selling things and we’re not really selling anything.

Super expensive traffic quality doesn’t really matter too much for something as basic as what we’re doing.

Okay, now, if we were sort of trying to qualify leads, you know, and sending them into an appointment settings apparatus or something like that, that would be more inclined to focus on high quality traffic.

But I think everybody wants white teeth, and so we’re going to focus on clicks in our case.

Okay, there’s a bunch of other things you can choose here, By the way, Um, sometimes, depending on what type of ad you selected, you’ll see conversion value or just plain conversions here.

In this case, it’s great out because we haven’t set up conversion tracking as another feature within our AdWords account.

But if you were to do that, you would be able to optimize here for conversions, which used to be the language, By the way, if you’re wondering where that went, it’s no longer what do you want to optimize for.

It’s what do you want to focus on, which I think was just a marketing decision made at AdWords.

If you wanted to you can manually set bids.

I’m gonna set it to automatically maximize clicks so that we’re allowing Google and its algorithms to do all the work.

And we’re going to just see after running that for a while if we’re happy with the results that we get If we’re not, we can always change it to manual.

But let’s trust Google, the Almighty Google and their algorithms for a while.

And, uh, we’re not going to set the CPC bid limit because this is our first campaign for this product again.

Make believe here, and we just want to see what happens first.

And then we’ll adjust bid limits or manual bidding later on if we want to.

But if you if you wanted to, you could set this at $1. And as you can see here, it won’t go beyond.

And when we talk about bidding, you know we’re utilizing the old standard auction strategy, which is very, um, you know, complex concept.

Now, this is important.

Budget does not mean a cap on what you will spend each day.

It does not mean a cap. What it does is it takes the average.

It says, enter the average you wanna spend each day.

So whatever number you put here, it’ll take that number.

And it will basically average it out over the course of 30 days so that you will not have spent more than that number of times.

About 30 Does that kind of makes sense.

Okay, Um, and on Monday, you might have only spent $5 on Tuesday.

You might spend 20. Okay, it’s important to understand that this could be double every day.

You could spend double what you actually put in this line here.

Okay, but the average over time after 30 days will end up being this number times 30. Okay, so it’s kind of complicated.

So basically, come up with a monthly budget divided by 30 and put it right here.

I don’t even know why they why they choose to structure it this way.

It’s a little bit confusing, but that’s what you’re doing.

A monthly budget divided by 30. And that’s approximately what you’re going to put right here.

If you were on a tight timeline, um, you could set accelerated, and it will spend your money faster and get your ads in front of more people and get more clicks in a shorter period of time.

Um, in our case, we don’t have really a tight timeline.

You know, we don’t have a sales quota to meet by the end of the month.

We don’t have a specific product launch that ends on a given day.

We don’t have a live event or anything.

We’re not bound by the calendar and people’s teeth are not going anywhere, so we can just stick to the standard method here.

Ad group name Auto generated at Group one will stick with that.

And then here we’ve got audiences now audiences.

If you have a very specific type of product in a certain niche, you would be doing a lot of poking around in here.

In our case again, it’s a teeth whitening solution.

So it’s in our best interests to keep this relatively broad, but just for grins so you can see what could be researched in here.

Let’s poke around a little bit.

And let’s theorize that maybe people interested in beauty and wellness would be more likely to click on this ad.

And we could always do another campaign later, or or just choose one ad group within this campaign that focuses on that target and see if, in fact, we do get better results that way.

But we could do this, okay?

And that would basically, um, you know, narrow down the audience a little bit from super broad to less broad.

Um, for our purposes, we’ll go ahead and keep it.

Go ahead and keep it as it is without any specific audience.

Honestly, we could sit here and do some research and maybe find out that females are more likely to buy this.

Which sounds right when I say that sounds like something that your average person would think.

We don’t know that.

And often times when you actually do your market research, you’ll find out that the reality is different from conventional wisdom.

Um, but yeah, we could do research that gives us actual demographic results.

In fact, anytime you run an ad campaign, you should have sat down and done some market research and figure out what’s called an ideal customer avatar.

The most likely one to purchase is between 35 54 you know, and they’re female, right?

And their parents and their household income, you know, is in the top 30% or higher.

Okay, now that that I don’t think really applies to us too much for this example Number one, because we’re pretending to be a teeth whitening company, so we don’t actually have the audience data.

More importantly, though again, everybody’s got teeth So I think for our first ad ever in the history of our teeth whitening company will leave it pretty broad and then analyze the results afterwards.

Let’s click down here and we’ll click on upload display ads and the final you are all for that is white teeth dot com.

Add click add to Add Group and there we go.

We’ve got our and campaign ready to be started.

And this is a quick summary of all the details of our campaign.

Okay, so we can review all the choices that we made again.

We left it pretty broad, so there’s nothing super interesting here, except for a reminder of, of course, the daily budget.

Now here’s what you want to pay attention to when you’re monitoring your campaign after it’s launched.

Obviously somebody clicking impression means all the people who saw it loaded on their browser at one point, whether they noticed it or not.

That’s why it’s called, you know, impressions instead of sightings.

A lot of people don’t even notice ads, right?

They have banner blindness, but it was loaded.

There’s an instance of it being loaded in someone’s browser that equals one impression.

Okay, so clicks impressions, click through rate would be what percentage of the impressions of people who technically, you know, quote unquote saw it ended up clicking.

OK, so that’s what you want to monitor.

We don’t really have much to compare it to right now.

And of course, at the moment we don’t have any data whatsoever to look at.

But you would want to monitor those.

And also obviously, the big thing to compare it to here is when you send someone into your funnel your teeth whitening kit funnel.

How much money are you making?

The lifetime customer value as well as the initial order value.

And if those numbers don’t jive, meaning if the expense per click outweighs the average amount that you make from bringing on the customer, obviously you need to get back into that campaign settings page and start tweaking things a little bit and try to get that number down as much as possible.

But that’s it, guys.

We’ve gone through the whole process of creating a visual nice display at setting it up with all the various parameters and finally launching it.

Get 45 Photoshop and GIMP Tutorials (for headers, banners, covers and more) 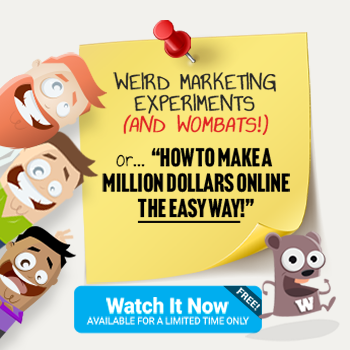 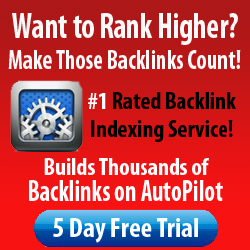 10 Benefits of Using Jasper.ai to Help Businesses Automate Their Processes

Using ChatGPT for Content Creation: A Guide to Monetizing Your Skills

How to Add the Chrome Browser Extension with Jasper.ai

How to Use Jasper.ai to Increase Marketing Effectiveness